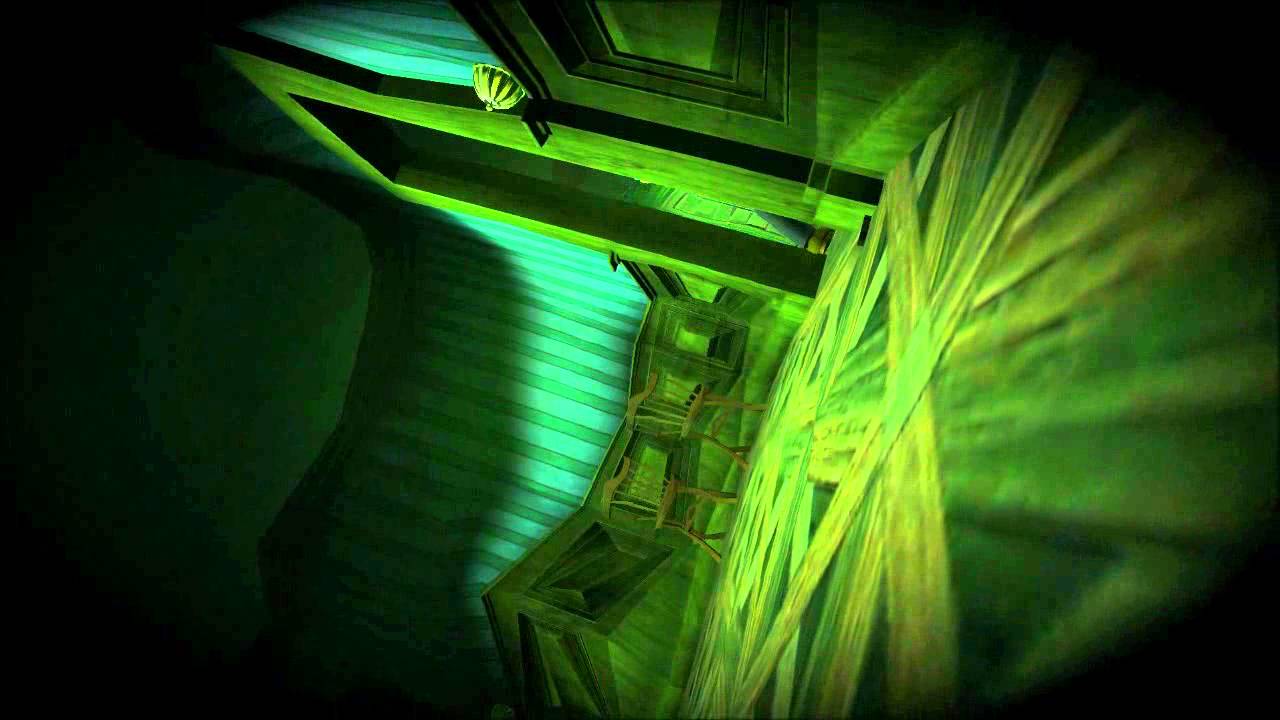 Holy cow am I glad there’s a long upload time because I have so much to talk about.

Now when I first watched the trailer for this game I was excited. I’ve always had an interest in stealth games as well as the idea of not being some space marine with a big gun that shoots everything into dust and instead being something small, weak and otherwise helpless against the forces around you and having to run and hide to stay alive. Blackwell Asylum takes this theme to heart and does its best to do it justice.

You play as Nelly, a patient at Blackwell insane Asylum where the “Good doctors” don’t seem to have your best interests at heart. After receiving a drug to put Nelly to sleep, she manages to escape her bindings and attempts to escape.

The scenery is very dark, creepy and depressing as an insane asylum should be, giving you very few glimpses of the outside world to make the constant stretch of hallways seem even more uncomfortable. The way normal objects like dressers, beds and hallways are twisted and bent due to the drug induced vision is very fitting as well as how pretty much every room and hallway look the same can leave you disoriented and have you moving in circles, (I do this myself closer to the ending.) which I think adds a lot to the feeling of being a mouse in a maze. (Some rooms have key features like a fireplace to help as well as the game being mostly linear till the final stretch.)

The game features familiar mechanics such as noise detection. Walking slowly keeps you undetected, running attracts attention quickly and you can even see the sound waves of patrolling guards through walls to plan when to pass by and when to hide. A new idea that’s mentioned is utilizing open doors to trick guards into passing by quickly as you hide under their nose or to divert their attention into one room and out of the way while you wait to pass by unnoticed. This mechanic works very well and proved to save my neck as I fumbled with another mechanic, controlled breaths.

If a guard is in sight or in the room while you are hiding, Nellys’ breathing will become loud and erratic, giving away your position. However, if you press the space bar as a feint blue circle appears around the screen, she will calm down and the guard will pass unaware. Now this works pretty well but I have yet to get the hang of the timing, sometimes it seems like you have to wait till it lights up completely for it to work and others you have to tap it as soon as starts to appear. This may have to do with the severity of Nellys’ breathing and being in a panic requires different timing than being calm. Either way, it works well for the most part and it seems to be pretty forgiving for how many times I screwed it up and still didn’t get caught.

Enemy AI is fair. Running near guards will get their attention and immediately send them chasing after the sound. They will also drift in your direction if your breathing is too loud and will even check under beds if they suspect Nelly is in the room. However, there were moments where I was in plain sight of a guard and he only acted as if I made a slight noise, allowing me to easily move into a room and hide. I even had an instance where I had begun the slow hiding animation of climbing into a closet while a guard entered the room and he didn’t even bat an eyelash. This is an acceptable handicap as it gives the player a better opportunity to hide successfully because the animations can be on the slow side but as constructive criticism, this is supposed to be a stealth game so the challenge of having to think ahead of the guards and hide in advanced while drawing them through open doors while you escape the other way would be a great topic to focus on.

This game is very well done in my opinion but there are a few bits to pick at.

Namely the character models aren’t that good. I understand it’s an indie game that probably has less of a budget than a guy with two nickels but faces look blocky up close and have vacant and very doll like stares. (It does add a level of creepiness and the idea that the drugs are distorting what Nelly is seeing but I don’t believe this was deliberate.) However, I cannot ignore the fact the handicap doctor in the opening scenes mouth is quite literally empty. There’s no teeth, gums, tongue or any kind of filling other than the models skin which comes a crossed as lazy. Not to mention at one point in the video (Somewhere near the latter half.) I stop and look at the floor because there was a block of texture completely absent and you could see through the map itself which should have been caught and fixed in development.

Now those two visual issues are my only gripes with Blackwell Asylum. I highly recommend it to anyone who loves stealth games and enjoys the cat and mouse bits of games like Amnesia: the dark decent but don’t want to be scared out of their minds forever.

Check out the demo for yourself on steam.