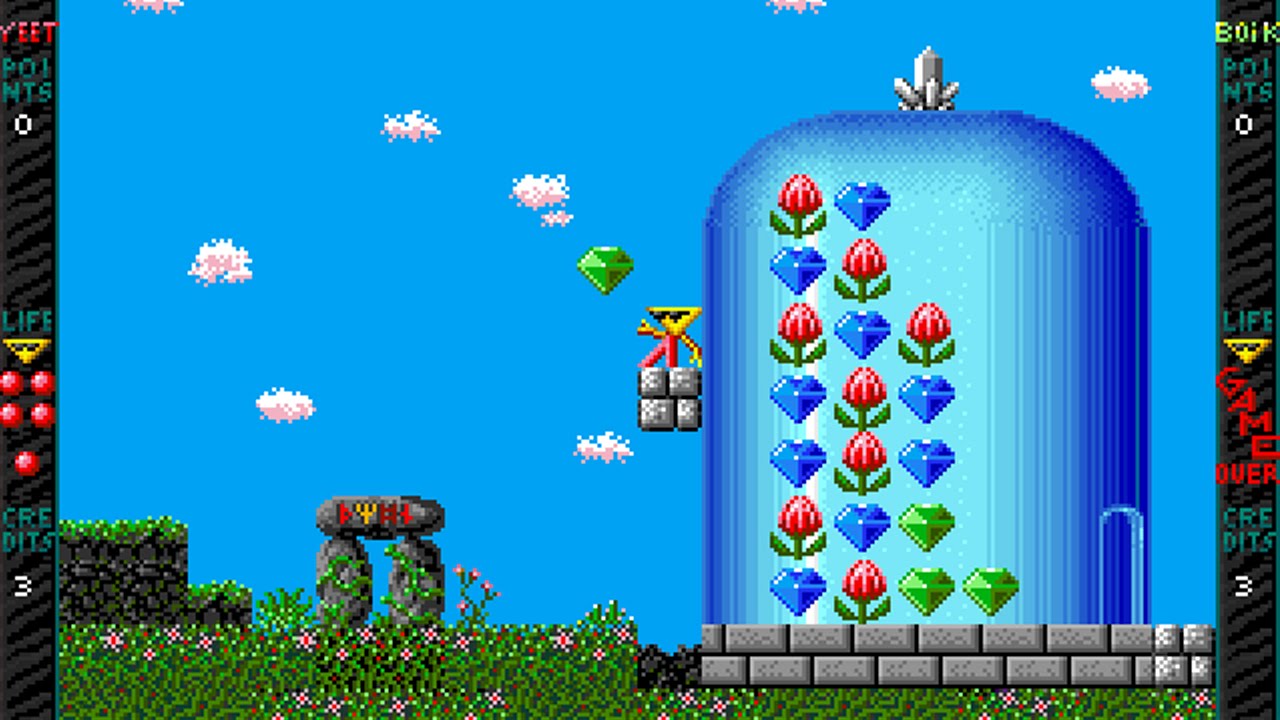 Let’s play Boppin’ on DOS and check out some totally mind-blowing Gameplay!

Do you hear sirens? I live in a good neighborhood I swear..

Oh and the guy’s name is YEET, not veet. It says right there on the screen you fool.

Boppin’ is an original puzzle game which takes place in a pocket universe created by an arcade machine. The villains from other games have been captured by a hero named Hunnybunz, putting all of the heroes out of work. Your job is to free the villains and defeat the good Hunnybunz. You clear levels by moving one of the “heroes”, Yeet and Boik, and having him throw a block at one or more connected matching blocks, which destroys the entire set. If the block hits a group of blocks so that it creates a square or cross, a monster is released, earning bonus points. Each character has a “miss counter” which is reduced every time you miss a shot. If the game gives you a piece that you can’t use at the moment, you can discard it at a cost of 20 points. If you don’t have 20 points, it costs you a miss. Your character commits suicide if he runs out of misses, which can be censored in version 1.0 and is censored by default in 1.1. The game claims to be only for adults but, other than the suicide animations, it’s fun for all ages.