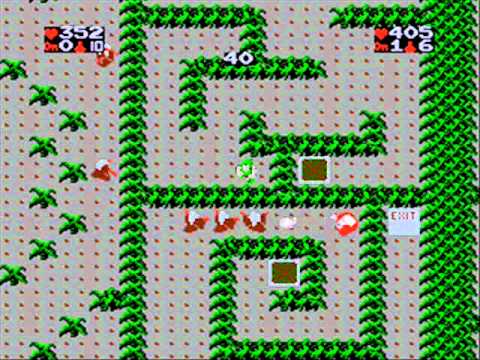 I’m the Wizard and Mike is the elf. Passwords after level 79 don’t let you start from higher levels, but they do allow you to collect bombs, keys, and upgrade your player’s health, which we did, but didn’t record. Also, the last 2 clue levels weren’t actually played on the same run where we beat the game, so the exits shown don’t take you to those levels. Finally, the first time we beat the game, I didn’t make it, so we did it again, just so I could get a proper ending. I chose to edit it like that because Mike only had 1 hp when he finished. Still, it might have been better to instead have shown the whole last section of the game with both of us surviving.